Rafting for fun and profit

Being a part of an organization like allegro I can participate in something that’s called “Skylab training days” which is a day dedicated to working on something cool and interesting, not related to current sprint. Something similar to Google’s “20% time”. During last training days my colleagues and I implemented a Raft consensus algorithm, that can form a cluster, elect a leader and survive failures. You can read the paper on Raft here, but I’ll highlight the important bits in this post.

We did not implement all of Raft’s features. In the paper you can read that: “Raft is a consensus algorithm for managing a replicated log” - our implementation was limited to leader election. The API and subset of features are described in pbetkier/rafting and the repository includes a slick front-end visualization.

There are 3 main endpoints:

It uses JSON over HTTP. 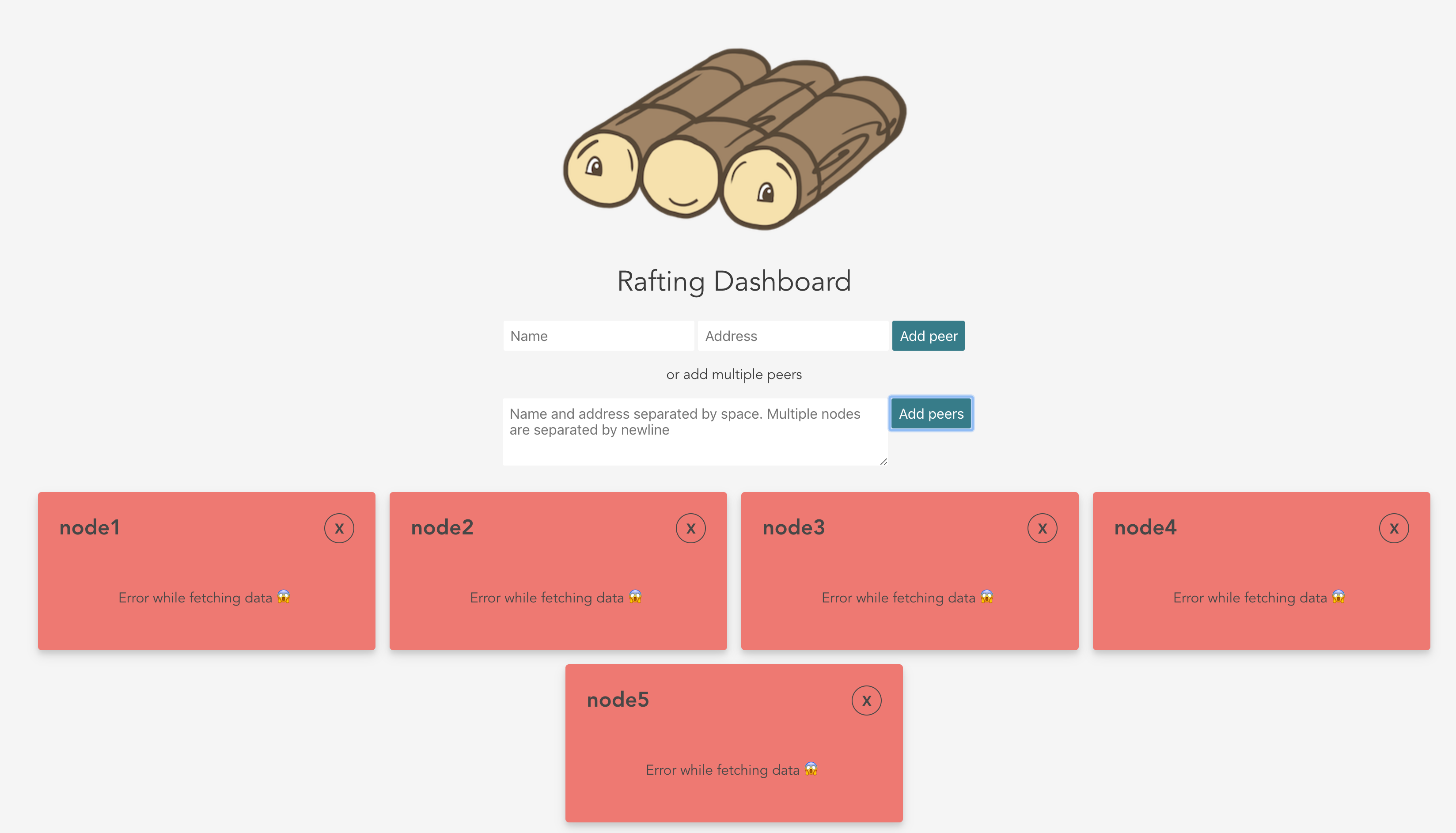 The way I picture the algorithm is a state machine with 3 states:

The state is separate for each node of course.

The state changes based on input from other nodes and time passing by. Here is the summary of rules:

I actually wrote the algorithm twice, first time was kind of a spaghetti flavoured hack. I did not understand the paper well enough to write tests and I just wanted to see something on the screen. So I started with a simple object called state. I hooked up controllers to every endpoint and began mutating that object based on input. Then I added timeouts to make followers transition into candidates. After that I added A couple of HTTP calls to request votes and… it worked! (kind of) I run the server in 5 tmux panes and observed the behavior. After a couple of hours of tinkering I eventually got it right and here is the result:

Let’s see an example function from the 200-ish lines of monstrosity behind this:

As you can see, there is HTTP code mixed with algorithm logic (1) a check counting votes that for some reason checks the term (2) and some dead code (3).

You can see the full code of this at spaghetti-raft.js

There are definitely some unnecessary if statements, checks that don’t make sense. Making changes in this code meant I had to re-check every path I thought about manually. After making a change I did not know the consequences, I was clueless.

Now I know the problem, let’s make it better.

TDD to the rescue

A state machine like that should be fairly easy to test, right? I’ve got a bunch of input states, bunch of transition functions and expected output after transitions. It’s as easy as it can get.

Let’s go one by one over the list of steps I outlined in the introduction. I started with a simple test:

Easy - create a state machine, set initial state in constructor and check it’s state is the same as the default state defined in the paper.

This one is more complex. We start a vote if a leader timed out, bump current term, request votes from peers then count positive votes and if there are more positive votes the node transitions to leader state. The only tricky part in testing this is making sure the votes are positive, every single time. I’m going to use testdouble to mock getVotes and sendAllHeartbeats functions.

So far so good, now let’s dig into something even more complex:

Hmm - this one is more tricky, we need some timeouts and keep track of the last heartbeat. I added a setTimeout coupled with clearTimeout, a function that will check if leader timed out - leaderTimedOut() and voila: it works…

But it’s kind of “janky”*… Sometimes the test completes in milliseconds, sometimes it runs for way longer… To understand why I had to refresh my memory about event loop and conditions for a node process to exit.

Every asynchronous thing is going to be queued up in the event loop to be processed at the later time. A node process will not exit if it has anything left to do in the event loop. I made sure that the event loop was constantly occupied by clearing a timeout an starting a new one every time I called resetLeaderTimeout().

The situation looks like this when transitionToCandidate() is called:

Ok, so how to fix it? There is a function that can be called on a timeout, immediate and subprocess called unref which makes “object not require the Node.js event loop to remain active”.

Alright, we fixed that one, but it’s not ideal. Our tests take more time than they should and it’s because we use real timers.

What can we do about it? Jest allows mocking timers and we’re going to use it. The process is quite easy, we have recursive timers so as documentation suggests, so we’re going to run jest.runOnlyPendingTimers() to only advance the timers that are scheduled and not enter infinite loop.

In each test we replace calls to sleep() with jest.runOnlyPendingTimers(). One tricky test is the last one that makes sure a leader is selected. Simply running runOnlyPendingTimers() doesn’t work because getVotes() uses promises and running timers is not enough because promises are handled by microtask queue in the event loop.

What we can do is run all pending timers, that sets the nodes in candidate / voter phase, replace mocked timers with real ones so we do not advance beyond that, lastly we advance microtasks so that vote results come back to the leader.

After that cycle a leader should be selected. We can run tests and see the results:

We improved our test time by a factor of 10 - that’s pretty nice.

The rest of them is pretty much rinse & repeat. One more thing that is quite cool is that I’ve abstracted a LocalRaftStateMachine and RemoteRaftStateMachine. The local version keeps everything in memory and is great for testing. Nodes interact by directly calling functions on each other. The remote version works with a hooked up server and communicates via HTTP RPC.

During this exercise I’ve learned a lot, mostly:

You can see the full source code in this repository. 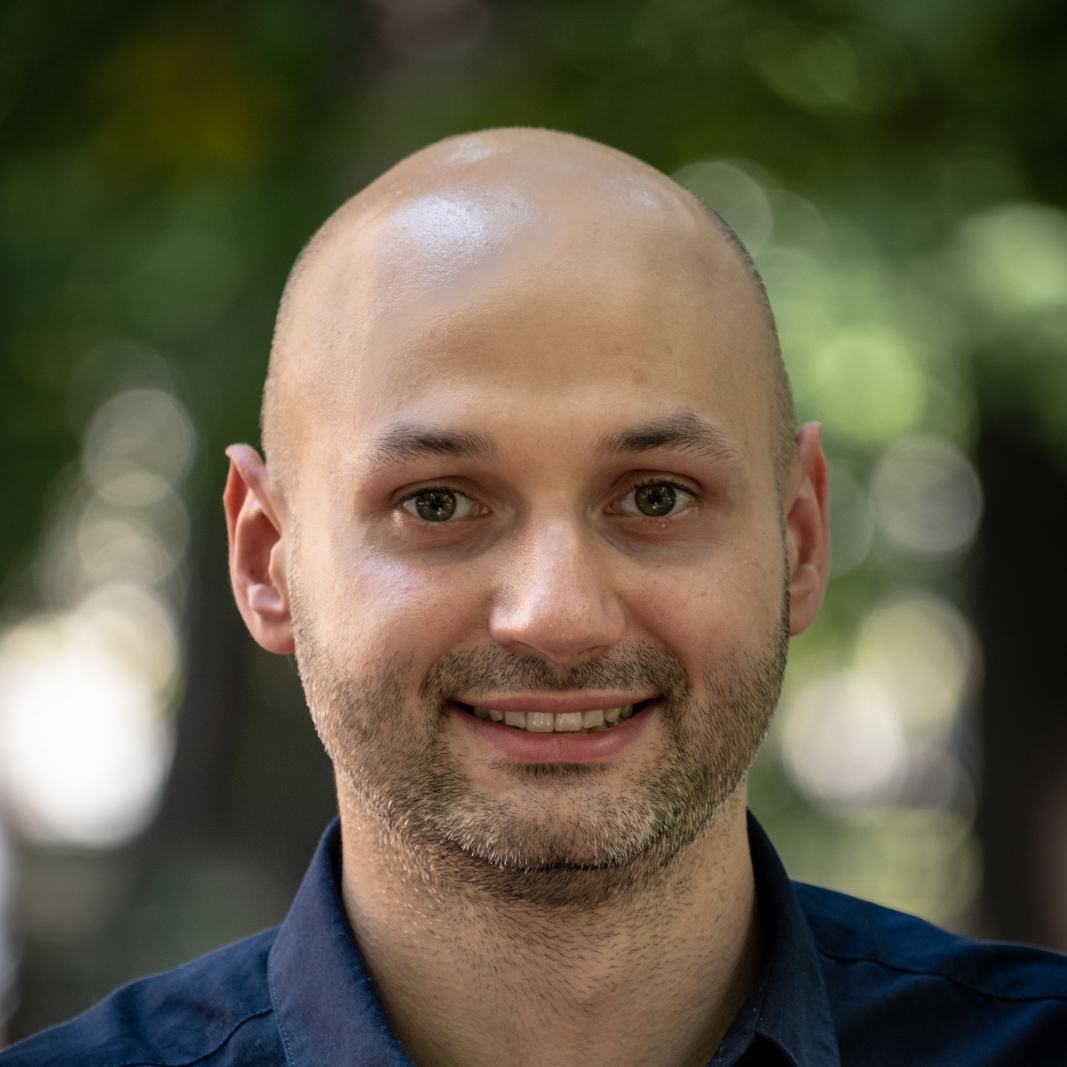 Software engineer at allegro.tech. Pragmatic programmer. I write lines of text that end with a semicolon;